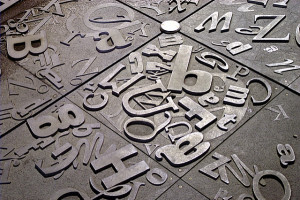 The term human capital was coined by american economist Theodore Schultz in his seminal paper “Investment in Human Capital” from 1961 [1]. He starts by discussing that often the consideration of human beings as a form of capital is seen as unethical. To count human beings as capital is justified by a rationale drawing on comparisons and discussions from the beginning of the 20th century, comparing e.g. this approach to sacrificing a hundred human beings in order to save a gun in war. Well, our views on war have changed since 1906. This might explain why today we tend to abhor counting humans as capital.

But there is a second approach originating in the theories of french sociologist Pierre Bourdieu readily summarized in 1986 [2]. He derives his concept of cultural capital from observations of french upper class children gaining substantial advantages in their life compared to working class children resulting from their education. He states that their parents invest economic capital (money) in the education of their children. They accumulate a certain amount of cultural capital which can later on be converted back to economic capital when the owners of the cultural capital get more profitable jobs because of their better education. This cultural capital is saved in what he calls the embodied form which means that the knowledge and education belongs naturally to the person acquiring it. It can not be sold like a physical item. When investing e.g. in a collection of paintings this capital can be seen as transformed into another form of economic capital since the paintings have a certain economic value. But the consumption and appreciation of art and its display at social events also counts as a form of cultural capital, this time in objectified state. When acquiring an academic title the title itself represents the embodied cultural capital of the title holder in a certain institutionalized state.

In contrast the term human resources is nowadays widely used to describe all that concerns staffing or personnel management. It was first used by american economist John Commons in 1893 [3] and was commonplace (please excuse the pun) in economic literature from the 1910s on. It represents the view of employees as assets to the firm. This interpretation is opposed by the preamble of the United Nations International Labour Organization including the principle “Labour is not a commodity“.

When forced to  choose one of the two terms I would opt for “human capital” since its philosophical and sociological implications put the human being at least a bit more in the focus of interest.

[2] The Forms of Capital: English version published 1986 in J.G. Richardson’s Handbook for Theory and Research for the Sociology of Education, pp. 241–258.