I’m a studied chemist. This means, at least in Germany, I survived an endless number of oral exams. Most of them were boring. Some for me and most of them for the tester. But some of them were outstanding. Because of the atmosphere and the conduct of discussion by the tester. All of them were lead by older professors, none of them by one of their assistants.

What made them stand out was that the examination itself was sort of a conversation. Certainly not on eyes level but fairly unbiased. And I learned something. This means I didn’t fail a question and was reminded, that I didn’t know something but that in the course of the discussion my tester tried to control the flow of conversation in a way that I, by own thinking, learned something I unconsciously already knew but didn’t recognise.

One example: in my diploma exam in organic chemistry I was asked if I knew what was the predominant industrial chemical process scientifically examined in the first half of the 20th century in Germany. I knew many inorganic industrial processes invented by that time but didn’t realise that the main interest of Germanys chemical elite was coal liquefaction. Then I was asked if I knew what was one of the main products of direct coal liquefaction. It was toluene. Now the tester asked me about the inorganic processes I remembered: these where the Haber-Bosch process to yield ammonia gas from gaseous nitrogen and hydrogen and the Ostwald process by burning ammonia to nitrogen oxides at a platinum-rhodium catalyst, absorbing them in water to get nitric acid. Well, ok, whats that all together? From coal you get toluene, from simple nitrogen from the air you get nitric acid. 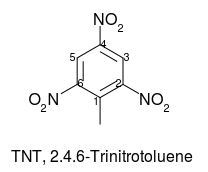 What could a chemist do with that? Right: nitration of toluene to 2,4,6-trinitrotoluene, better known as TNT. So from end to end the coal liquefaction had nothing to do with preparing a liquid fuel. Instead it was a strategic process in times of war. Wow, I didn’t think that far by combining the facts I already knew …

I went out of those exams richer in knowledge and with more self-confidence. Well and usually with a good mark. What I didn’t know until recently is that this form of deep conversation on complex topics is something I really enjoy. Which has something to do with my psychological predisposition. But this is another story to be told separately.